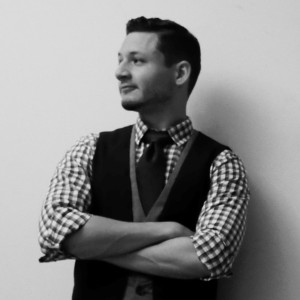 I still remember that Saturday morning. I was probably 9 and my dad had just preached about how faith can move mountains (Cf. Mat 17:20). I, like a good listener, after the church program was over, went outside and focused all my attention on the nearest mountain. I remember trying to summon all the power of belief in me to see the mountain rise above the others and settle elsewhere (as with “the force”). The thought of it is magnificent. But, as you would guess, nothing happened. Why?

Well, to start with, probably God didn’t thought it was a good idea for the living to let a 9 year old play Star Wars with earth´s natural surface elevations. More importantly though, I was focusing my faith wrong; I was focusing my faith on the desired event rather than on the will and the power of God. I now believe that, just like in the quotation above, “faith is not the belief that God will do what you want”. Rather, “It is the belief that God will do what is right”. But let’s get more biblical about it, shall we?

A biblical definition of faith

Probably the most famous biblical definition of faith is the one found on Hebrews 11:1, “Now faith is the substance of things hoped for, the evidence of things not seen (NKJV).” At first glance, this may sound like utter nonsense to skeptics and critical thinkers. Many take this definition and interpret it as: “faith means believing in something you don’t have evidence for”. Not knowingly, this people make the same mistake I made that Saturday morning almost 19 years ago; they think faith is about believing in something, when instead faith, is about believing in someone.

As we continue reading the eleventh chapter of Hebrews, we find another famous verse about faith; verse 6: “But without faith it is impossible to please Him, for he who comes to God must believe that He is, and that He is a rewarder of those who diligently seek Him”. Here it becomes clear, I believe, what real faith is all about; real faith is focused on:

In coming articles (“The image of God and the purpose of mankind” and “Laodicea and why faith is important today”), I will speak more about how faith relates with God’s goodness and our dependence on God. However, today, I would like to elaborate more on the first point recently made above (God´s will) by carrying forward some concepts mentioned in my previous article: “What is reality?”

In the video of my previous article (also found in YouTube with the same name: “What is reality?”) I sought to illustrate with romance the importance of observation when defining what is real. This might have confused some readers, as the article before mentioned, focused more on the strangeness of quantum mechanics and the limitations of our senses and logic, than on the importance of observation itself. However, as promised, we will speak more about that now.

Observation plays a big role in the quantum world; depending on what kind of experiment you chose to make, you can observe a particle as a particle (“duh”) or as a wave (“what the…”). That´s right, you have the power to choose how you observe things even at the most fundamental levels of reality.

As I mentioned before, real faith is not about believing in something, is about believing in someone. As teased in the article about reality, this is how authority figures can play an important role when we are trying to define what is real. An authority figure –in this sense at least- is someone who we recognize to have vast knowledge and experience about something he or she speaks about; and because of this, it can give us a perspective of reality that maybe we are lacking of. Maybe, they have something to say that will affect our choice in how we observe things.

Maybe Uncle Bob can teach us a lot about how to win at beer pong (hopefully without the beer), but when it comes to quantum physics, you probably rather have a conversation with someone like Bohr (all though we don’t doubt that uncle Bob can also come up with some things that are pretty hard to believe).

The point is this: Many people believe in the Copenhagen interpretation of quantum mechanics because Bohr’s logic have won their trust. In the same manner, many faithful believers have faith in God’s word, because they recognize him as the ultimate authority figure: the Creator of reality and life itself.

If God created reality, than surely he has power over it, and can program it for the benefit of those who love him and seek to do his will (Cf. Ro 8:28). However, just like when we observe particles, our choices can affect the outcome of the reality that we finally observe (but that, is a topic for another day).

It all comes down to this: if you want to start moving some mountains, you should probably “stop telling God what to do” and start learning more about his will and why you should trust him. Then, you will probably start seeing far beyond what your eyes can see.

Do you have trust issues with God or any other authority figure? Check my next article: “Faith and Obedience“.